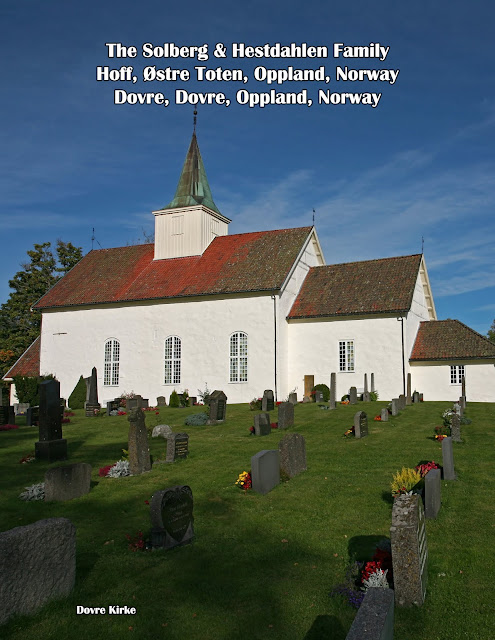 The Solberg Family of Ettrick Wisconsin


Jens Christiansen Rødningsberg b. abt. 1763 married Marte Olsdatter Rønnebystuen and was a Huusmand med jord og landværn (tenant farmer) on Rødningsberg farm. They had Berte b. 1788, Lars b. 1790, Marte b. 1794, Christian b. 1796, and Ole b. 1806. Jens was also recorded living the farms Ulsrud, Hassel, Skramstadstuen, and Bergstuen. 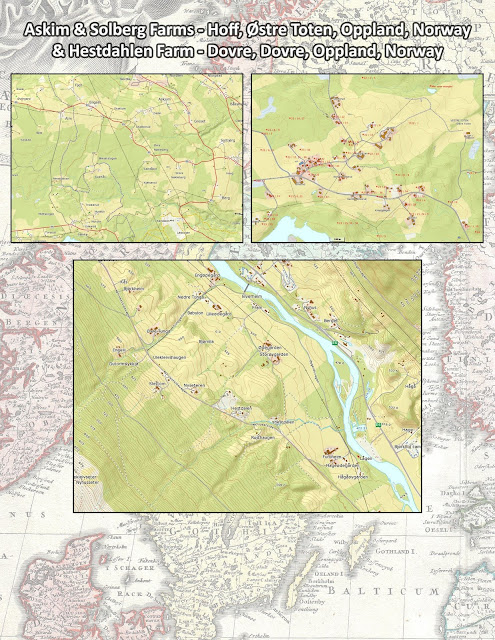 Andreas Larsen born Dec 11th, 1836 at Solbergeie, Østre Toten, Oppland, Norway Married Brit Jørgensdatter Hestdalen on Dec 21st, 1860. Andreas and Brit Came to the US on the ship Olaf in 1867. The Olaf departed from Christiania April 15th and arrived at Quebec May 29th. 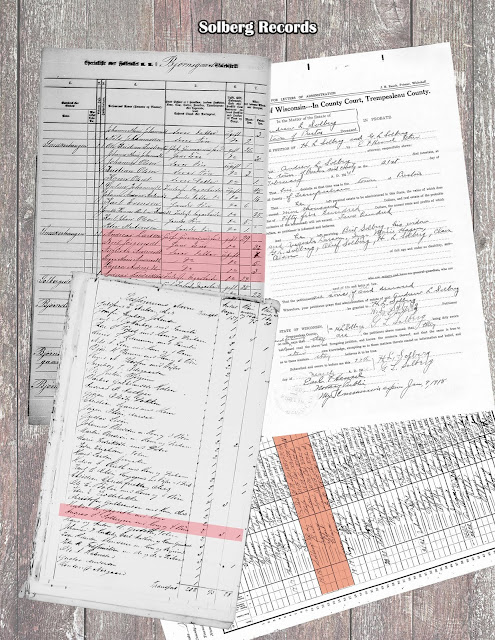 Andreas and Brit lived in the French Creek area of Trempealeau when they first arrived in America and later moved to Upper Lakes Coulee. They are recorded in 1884 at the confirmation of their son Olaf and as witnesses to the christening of Julia Olava Hogden Feb 10th, 1889 at Plum Creek Norwegian Church. Julia was the daughter of Johan Hogden and Maria Madsen. The Hogdens owned the adjoining farm. Andreas and Brit had Augusta b. 1860, Inger Marie b. 1863, Jorgen (George) b. 1866, Olaf b. 1869, Henry b. 1870, Albert b. 1872, Alleta b. 1877, and Clara b. 1879. Inger Marie b. 1863 Married Otto Amundsen Hagen. 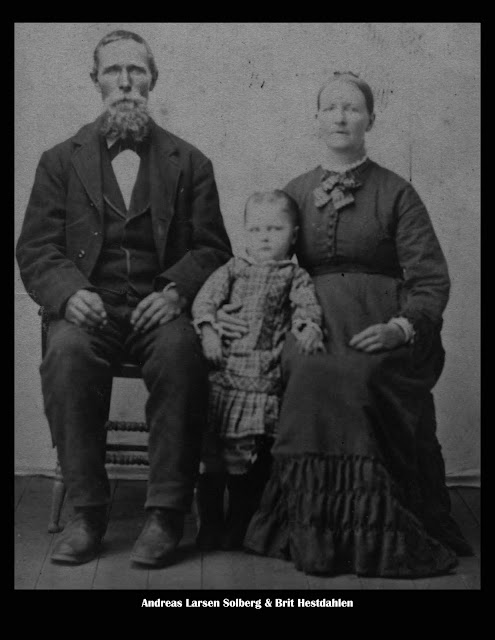 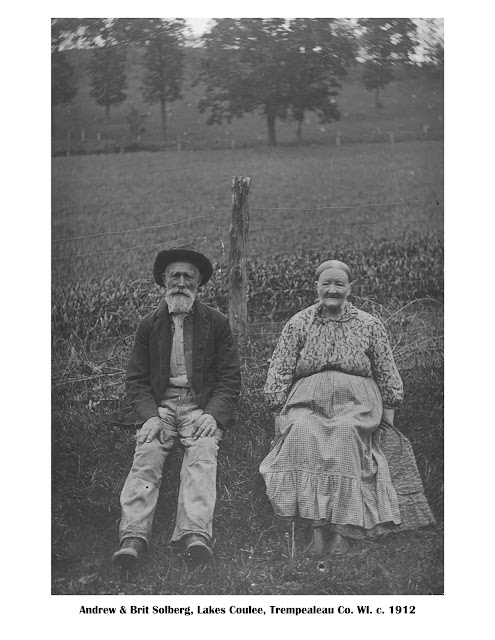 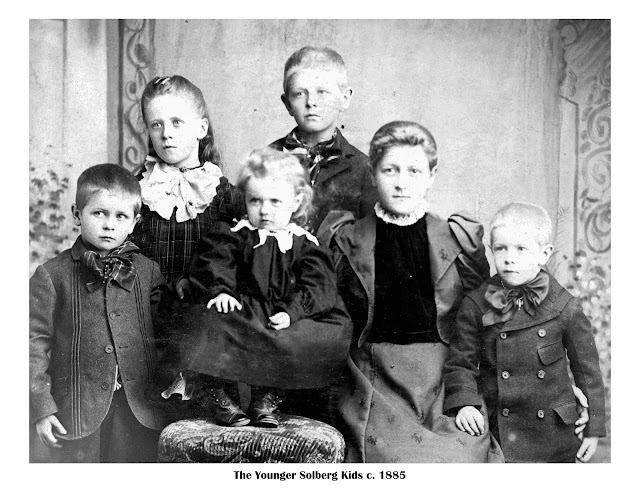 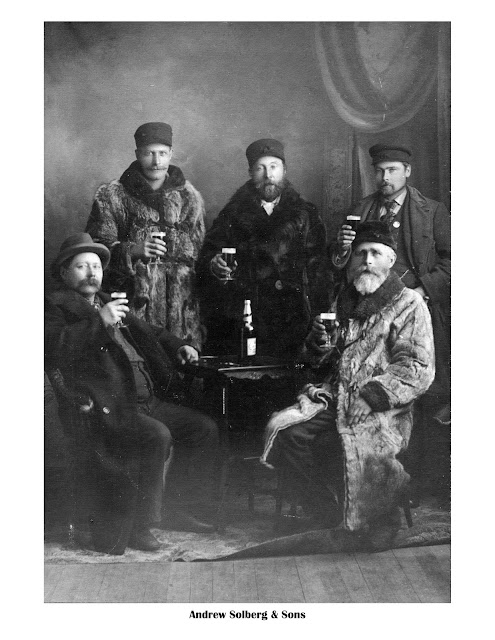 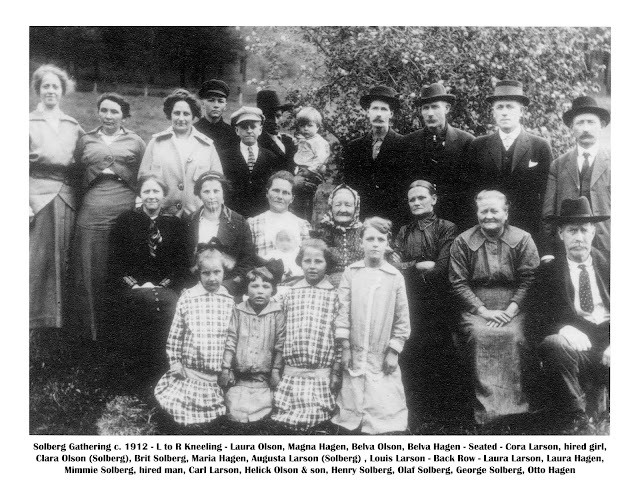 Andreas also had a sister Ingeborg b. 1832 and her second husband George Reitzel that emigrated to Trempealeau County, WI, with her daughter from her first husband, Nels Fredricksen and settled in Whitehall. Lars Larsen Solberg b. 1828-1889, came to America in 1862 and settled in Ettrick. Lars married Berthe Maria Paulsdatter and had to go back to Norway to get his wife and children. Lars died in 1889. Andreas’ brother Martin also came to America and settled in Ettrick. Martin married Karen Thresdatter Bekkedal and his family assumed the name Larson, not Solberg. The brother’s father Lars Jensen and mother Agnette Lardatter came to the US on the ship named Balder in June 1865 and settled next to their son Martin Larson in Ettrick. Lars died sometime after 1870 and Agnette after 1880.

Brit married Andreas Larsen Solberg in 1836 and emigrated to the US. Ole Jørgenson Hestdalen b. 1846, Brit’s Brother, came to the US in 1878 and lived with Brit and Andreas for a short while. He moved to Richland County, North Dakota and died in 1925. 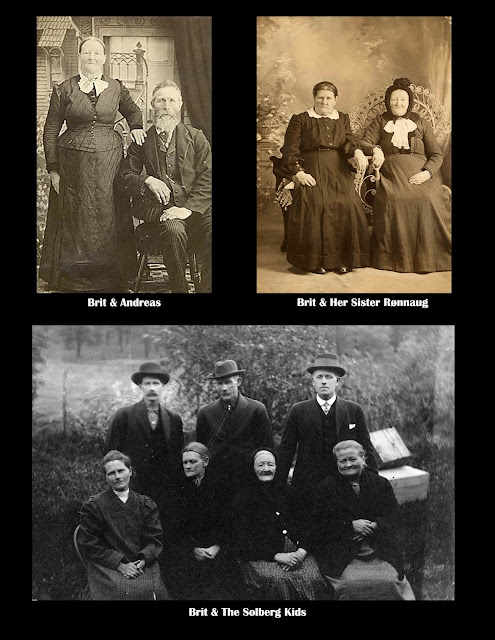 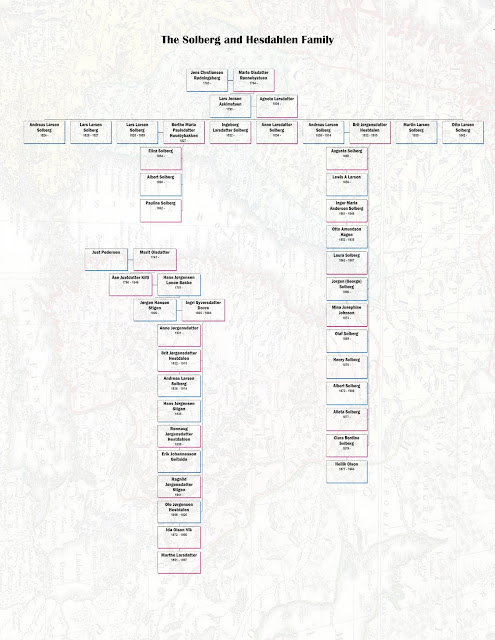 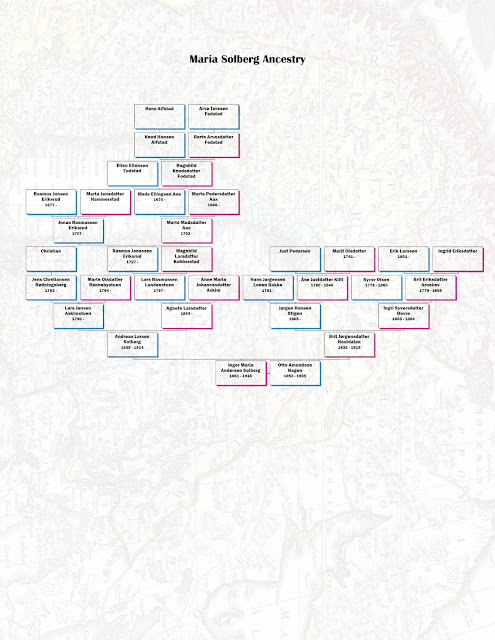